From trendsetters to streetstyle, it’s official: the bob is the best cut for the spring. Let’s find out which ones we love best.

It’s Bob mania. Bob haircuts, casual, sexy and contemporary, are the coolest trend for spring 2021. We love it and a diverse variety of stars and women alike love it, because the bob is never out of fashion but rather reinvents itself. Playing with lengths, colour or texture gives the bob a different character: classic, sophisticated, retro, massy, geometric, rock ‘n’ roll, rigorous, sexy. Every woman can have her bob style, tailor made to suit her.

From the French Bob to the Made in Italy Bob 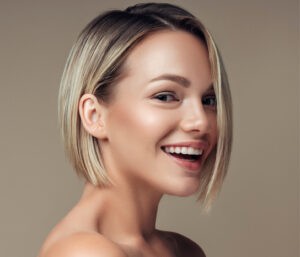 Let’s start with some good news: the 2021 bib style is Italian. Beauty experts reveal that the short Parisian cut (the bob with a fringe which is reminiscent of flapper girls of the roaring ‘20’s) which dominated autumn/winter styles with bright red lipstick, has evolved, making way for a new version of the bob cut, which is delectably Italian.

We like telling it like this: the bob cut is Mediterranean, soft, messy and carefree, loosening into natural movement of the hair of Italian women, because this wavy texture expresses their authenticity. Singers, actors, producers all wear it: from Matilde Gioli to Anna Foglietta, from Luisa Ranieri to Valentina Lodivini, Serena Rossi and Veronica Lucchesi. Even Vanessa Incontrada has shown that curly hair can still be worn short. She’s gone from body positivity to hair positivity! Well done Vanessa!

Make a note of this name because it seems that we will not be able to get rid of this delicious version of the bob very easily: an even bob haircut that is gaining more and more likes on Instagram. Short or medium, the reasons for its success are many: it is liked because the clean cut of the lengths instantly gives a sophisticated allure, it seduces because it is a versatile cut, which satisfies both those who want a very short bob, and those who prefer to show off the nape of the neck without sacrificing lengths. And then it is one of the very few cuts that has a booster effect on full hair colours, from blond to red to jet black. You can combine it with a blunt fringe or a slightly scaled quiff. Do you want another beauty tip? In a few minutes, with a correct use of straighteners, you can show off amazing smooth hair. Want to know a nice fact on the bob cut? The Blunt Cut was relaunched in Sanremo by Francesca Michielin who gave her cut hair to an association for women with cancer.

The bob with a fringe

The rebirth of the bangs is there for all to see. In the finale of Italia’s Got Talent, as well as on the stage of the Sanremo Festival, Federica Pellegrini sported a long and full fringe over her eyes. We like the fringe because it knows how to be different, allowing us to experiment and have fun giving different personalities to the bob. There is the long, curtain, wispy, asymmetrical fringe, or short baby style to make the look explode; the voluminous fringe on curly hair or the one with a central opening that contours the face. The bangs can be thick and even, but also squared with tufts around the face. Depending on how we style it, in a softer or more rigorous way, we can give a different flavour to our look. No doubt about it, bangs are fully part of the undisputed trends of spring 2021. Mark it on your “to do” list.

The 2021 version of Jennifer Aniston could be defined as being a “Bob addicted”, but the list of celebrities who love this cut for its timeless elegance is endless. Wikipedia would tell us that the Lob, also called Long Bob, is a haircut that represents the longer version of the classic bob. The hair reaches a length that can vary from just above the shoulders, to slightly below. It falls within the medium cuts and is a refined look that, from the past to today, has always remained in fashion.

It is one of the few haircuts that can be easily worn by all, wavy, straight, or curly, and this has made it one of the most exploited haircuts in recent years. 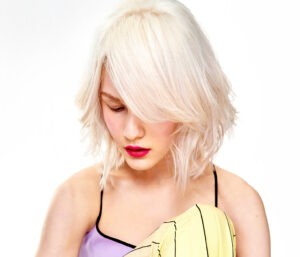 The mystery of the Bob worn by Penelope Cruz

A smooth bob with lighter locks on brown hair and tips that caress the shoulders. A sophisticated hairstyle that enhances the face and neckline. A radical change of look, which took place in a few days, and which caused a sensation. We are all used to seeing Penelope Cruz with her inseparable and wonderful long hair, and instead on Instagram she posted an image that immediately turned the heads of many fans.

Script requirements? Wig? A new advertising campaign? The hypotheses are many but the fact is that the bob trend for spring has been launched!

no rinse conditioning & protective creamy foam for all hair types